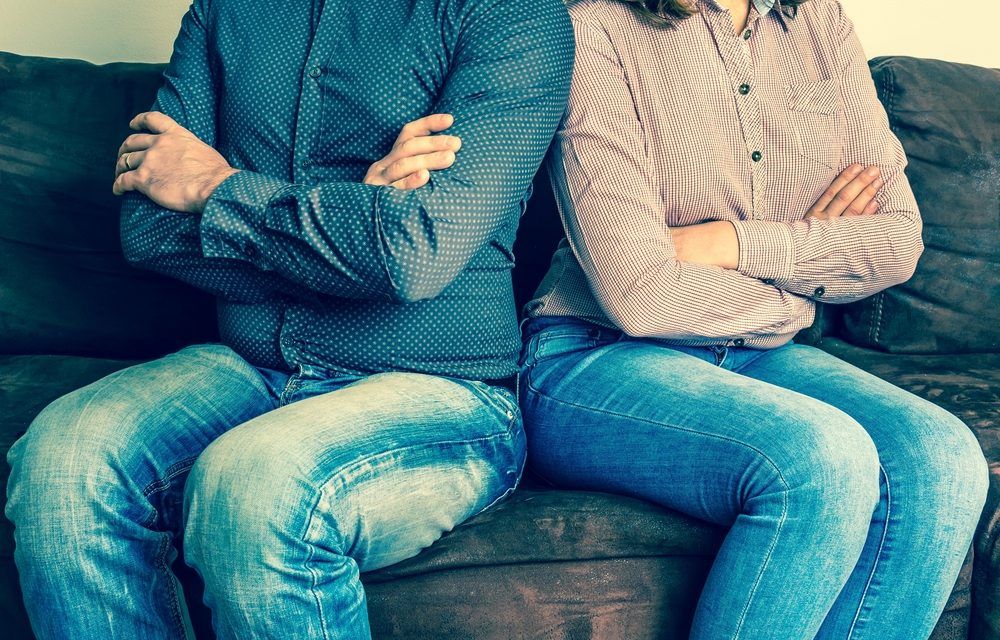 Conflict is normal in marriage.

The thing I work on with my clients is not necessarily how to avoid conflict, but how to communicate better with one another in the midst of conflict.

Most people tend toward one of four negative communication patterns* in response to conflict. Understanding the default response for yourself and your spouse can be a powerful tool to help improve how you communicate and bring positive outcomes when conflict does arise.

Some people respond to stress or challenge from their spouse by withdrawing, that is, they refuse to engage in difficult or significant conversations. They want to avoid stress or strife, so they refuse to enter into or stay in discussions that may prove tough or be unpleasant.

People who tend to withdraw from agitated or discordant conversations are often people who dislike conflict. But they need to learn to engage in the conversation with their spouse despite their feelings. If the issue is important, they should stay in the discussion. Given the Ephesians 4:15 adage, “Speak the truth in love,” the withdrawer needs to focus on speaking the truth instead of running for cover.

Focus on speaking the truth instead of running for cover.

On the other side, if you are the spouse that is being avoided in conversations and disagreements, you should find out what you do that makes it difficult or unpleasant for your spouse to stay in the discussion or argument with you. Ask your spouse, “What do I do that makes you want to withdraw?” And when s/he responds, listen without arguing, and say, “Thank you.  I will work on that.”

The opposite of withdrawal is escalation. People who escalate in an argument become louder and more argumentative as the “discussion” continues. They respond negatively to their spouse and increase in intensity, becoming more hostile. Escalators try to dominate and intimidate their spouse. “Winning” is the most important goal. Again, referring to Ephesians 4:15, if the withdrawer needs to focus on speaking the truth, the escalator needs to focus on acting in love.

If you tend to escalate, you should call a “time out” when the atmosphere begins to heighten in intensity. Then set a time to get back together so as not to leave your spouse wondering if the issue will be addressed and settled. In the meantime…

•  Take the time to calm yourself and focus on the issue, the problem, the behavior.

•  Use “I” statements and seek mutual understanding (see Conflict Tips for more).

If you tend to negatively interpret, instead try believing the best about your spouse.  Instead of automatically interpreting actions as negative or judging the motives for why your spouse did or said something, ask for clarification. Ask questions that help you to understand.  Ask your spouse what s/he intended.  Actively look for evidence that contradicts your negative interpretation.

Invalidation is downplaying, dismissing, or discrediting the feelings or thoughts of your spouse. The invalidator makes light of, ignores, or even rejects the emotions, opinions, sometimes even character of their spouse instead of trying to understand the spouse’s point of view.

•  “You are always so dramatic.” (discredit)

Avoiding invalidation doesn’t mean you have to agree with everything your spouse says. That would not be an example of speaking the truth in love.  Instead, listen to your spouse. Make sure they feel valued and understood, even if you disagree with them.

The four negative communication patterns are:

An acronym that may help you to remember your negative communication pattern(s) and to resist giving in is WENI, as in, “Don’t be a WENI!”

So the next time you and your spouse disagree and you recognize an argument coming on, remember, Speak the truth in love, and don’t be a WENI!

David has been married to his wife Jinger since June of 1987 and they have 3 children. He resides in Richardson, TX where he counsels couples with Marriage Revolution.