How to Respect a Husband Who Isn’t Respectable 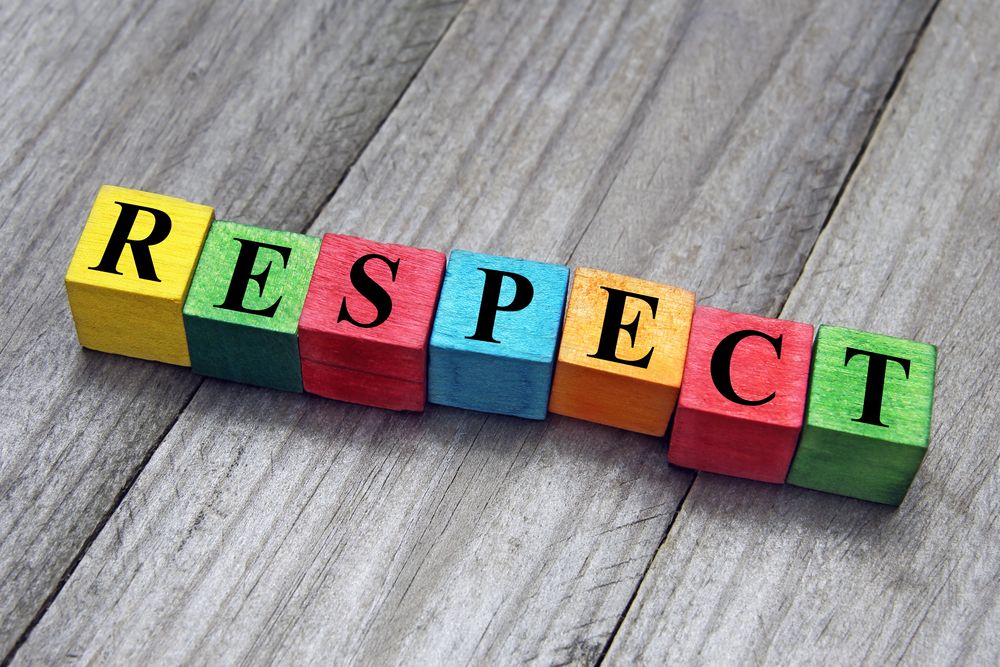 RESPECT – Valuing and regarding another highly. Treating someone as important or with honor. Communicating or demonstrating that someone has worth. Synonyms: appreciation, awe, admiration, consideration, deference, dignity, esteem, honor, recognition, regard, reverence, or tribute

Let’s be honest. It’s easy to show your husband respect if his behavior is respectable. But what about when it isn’t?

How you can respect your husband if he isn’t respectable?

Respecting him starts at the bottom of the triangle and works its way up (See below).

Notice there is proportionately much more opportunity to respect your husband as God’s Creation and God’s Gift To You (Identity) than for his Desires and Behavior (Activity). Expression of respect for your husband’s activity should always be done after and on a foundation of respecting his identity.

Respect Your Husband As A Part Of God’s Creation

Regardless of what his behavior looks like, your husband is one of the most treasured parts of all creation (you are the other). God created him in his own image. He fearfully and wonderfully created his inmost being and knit him together in his mother’s womb. God knows the number of hairs on his head and planned out all of his days before one of them came to be (Genesis 1, Psalm 139, Luke 12). He has infinite worth! God values his life so much that he sent his Son to die for him. God respects him because of his identity. If God does, can you?

Respect Your Husband as God’s Gift to You

Not only is your husband God’s creation in general, but he was specifically created by Him to be your husband. God designed your husband as a special and unique gift for you.

On top of God creating him specifically for you, he is now an inseparable part of you. You are one flesh with your husband. When you said, “I do”, God turned two people into one. You and your husband are now one body (spiritually speaking). In the same way you wouldn’t disrespect your own body, it doesn’t make any sense to disrespect your husband.

The beauty of showing respect on these 2 levels is that it isn’t contingent on his behavior. That means every woman who is reading this post can take a step in this direction.

The other beauty of respecting your husband on these levels? Respecting his identity will end up affecting his activity. There’s something that happens to a man’s confidence, strength, and abilities when they know his wife believes in him and has respect for him.

Your goal is to treat him in a way that acknowledges him as the most significant and valuable part of God’s creation. Treat him as if he is the most important person in the world. Why? Because to you, that’s the title he holds.

Here’s a few ideas you can put into practice right away:

The most significant way you can respect your husband is related to who he is to God (His child) and who he is to you (a gift). But it doesn’t stop there. As appropriate, respect also involves acknowledging his activity. Not just the outward behavior, but his inner desires.

As you sense your husband’s desires are in the right place, acknowledge and appreciate him!

Finally, and this is the easy part for most of you, it is important to respect your husband’s outward behavior. But remember, this is last on the list and represents the smallest opportunity for respect. But, it is the icing on the cake – so don’t leave it out!

Your strategy here is again, acknowledge and appreciate his efforts – in public when possible!!

The reason most wives struggle with respecting their husband is because their triangle is upside down. They are firstly and primarily looking for respectable activity (desires and behavior). If respectable activity is present, they will respect his identity as God’s creation and gift.

This actually does more harm than good and creates a very unstable and insecure relational environment  (think of trying to balance a triangle on its tip). It creates a “performance = worth” mentality. It will lead your husband to believe he is only as good as he performs. This is a recipe for your man to burn out trying like crazy to always measure up, or just flat out give up and stop trying.

And what’s worse, respecting his behavior before his identity is completely opposite to how God relates to him and what he says is true of him. God assigned your husband infinite worth completely separate from his behavior (Romans 5:6-10).

By the way, God also did the same for you and continues to do the same for you even though your behavior is less than perfect. Now, God is asking you to freely give away to your husband what you have freely received from Him…respect.

PrevPrevious10 Reasons Marriage Is Hard
NextIs this standing in the way of your dream marriage?Next