How To Affair Proof Your Marriage 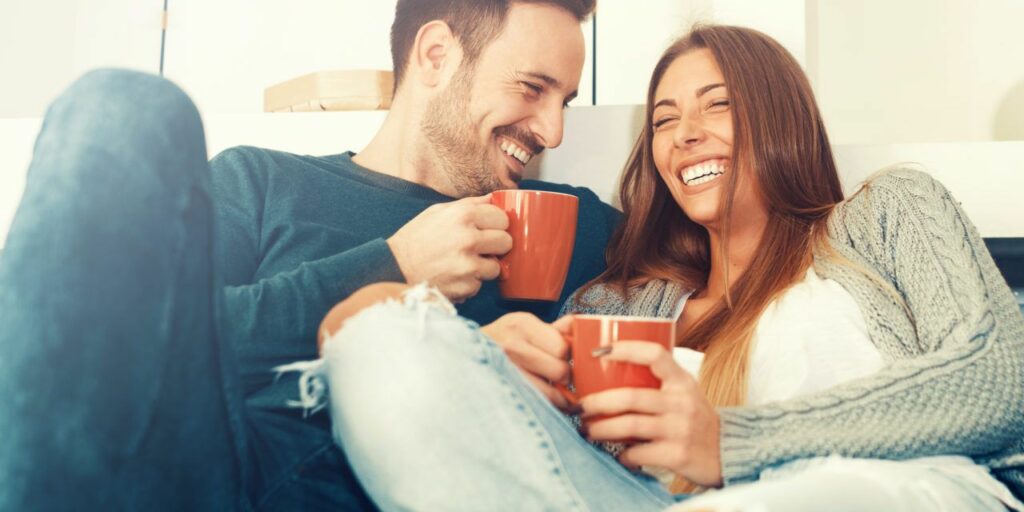 2 years into my marriage, I had an affair.

I didn’t seek it out. I didn’t want it. I thought I could resist it.

Looking back, it’s not surprising it happened. All the ingredients were there. I wish I would have realized the contributing factors so I would have been more careful. I’d like to think my increased awareness would have led to it not happening at all. That’s my hope in writing this post for you. I want you to be more aware of the ingredients that perfectly and deceitfully led to my downfall so you can affair proof your marriage.

Here’s a simple formula that explains how many affairs happen….

The formula for how affairs happen (and how mine happened) reveals how you can affair proof your own marriage. By the way, this won’t only keep you from falling off the cliff of adultery, but it will also help keep you very far away. And, it will lead to a strong, vibrant, healthy, and mutually satisfying marriage between you and your spouse that is glorifying to God.

Marriage is hard, but I don’t believe it’s complicated. There isn’t a formula that guarantees success, but in an attempt to be simple and memorable I want to give you 7 C’s that will set your marriage up for the best chance of being affair proof (and incredibly healthy):

Care For Your Own Marriage

The best way to affair proof your marriage is to care for your own. You’ve probably heard it said that the grass isn’t greener on the other side, it’s greener where you water it. That’s the idea behind this principle.

For many of us, we need to get back to the basics of what led us to get married in the first place. I’ve heard it said that what comes natural in dating has to be intentional in marriage. Unfortunately, the longer we are married the more distracted we become from pursuing our marriage . Money, kids, activities, jobs, house chores, car maintenance, hobbies, etc… start to take priority over marriage. It’s not that these things are unimportant, but rather that they become TOO important. On the priority list, marriage ranks above all these things. But unless we prioritize our marriage, it will many times get choked out.

Leading up to my affair, Hans and I had opposite schedules, very little money, and spent time with friends more than time with each other. We stopped doing what we were doing before the wedding day.

Today we prioritize daily conversations, a weekly date night, anniversary getaways, and an overall bent towards spending time together (even when it’s just binge watching a show on Netflix).

This might seem overly simplistic, but I’ve found that the habit of doing simple things over and over will set you up for the best chance of success. Don’t make this too complicated. I think marriage is hard, but I don’t believe it’s complicated. Sticking to these habits in and of themselves won’t affair proof your marriage, but sticking to these habits is required to set your marriage up to be affair proof.

We can never blame our environment for an affair, but an unhealthy environment can definitely make it more difficult to resist the temptation to have one. We have to stay away from slippery places where we will be more susceptible to fall. There is no one-size fits all list of boundaries to put in place for every marriage, but here are a few to consider putting into place:

Control your Environment on Social Media

Let me also say a word about your social media environment. What you view, who you look at, what you like, what you comment on, and who you follow on any social media platform influences you more than you know! Are you following an ex from high school that you occasionally wonder, “What if?” Are there people that you follow that you have feelings for or that occupy too much space in your head or your heart?

Remember, sin starts with a thought and your seemingly mindless social media scrolling influences what you think about and eventually become. If social media is a source of thinking about being with someone else other than our spouse, that repeated thought (left unchecked) has more of a potential of becoming reality.

All that to say, you are likely aware of who might be a temptation for you on Social Media. In the spirit of Ephesians 5:3, “Let there not even be a hint of sexual immorality”, I would encourage you to unfollow anyone that might be a trigger of an impure thought or emotion.

Commit To Your Spouse

The problem with prioritizing compatibility over commitment in marriage is this: people change over time. If every couple split up when they felt incompatible, the divorce rate would be even higher than what it is already!

I’ve heard it said that you marry 3 people at the altar: the person you think they are, the person they really are, and the person they will become in response to being married to you! People change, and they key to a great marriage is a commitment to each other through all the seasons of change.

One of my old pastors used to say, “What you keep a secret will eventually start to control you.” This definitely holds true regarding secret thoughts about another person.

There have been a couple instances in our marriage where Hans and I have had to confess unhealthy feelings about another person to each other. It wasn’t fun. It wasn’t easy. But, it was definitely necessary. The longer we kept it a secret the more it occupied our thoughts. Nothing inappropriate happened in either instance, but the thoughts weren’t getting better until we confessed them to each other.

We were confessing these thoughts to God according to 1 John 1:9, but there was an element of healing that God wanted us to experience through our confession to each other according to James 5:16.

We have a “no secrets” policy in our marriage because we believe that secrecy destroys intimacy. We want to encourage you to do the same. From passwords, to location tracking, to finances, to repeated feelings about other people, our encouragement is to pursue transparency.

Since this is such a complex topic that needs to be handled with wisdom, Hans wrote 2 articles that might prove helpful if you need to confess something to your spouse:

Why you should confess sexual sin to your spouse

How to confess a sexual sin to your spouse

Cleave to the right Community

Hans and I started dating when we were 18 and 19 shortly after graduating high school. Our lives were immoral and careless. We had an awareness of God, but we definitely weren’t living for him in any way. We also weren’t hanging around anyone who was living for him in any way. Our careless and immoral lifestyle led to us getting pregnant and getting married very quickly.

After we got married we started to do some of the right things. We started to go to church, we even got involved in a small group with other people moving in the right direction. But, our REAL community of friends (people we spent most of our free time around) were not moving in the right direction. We genuinely loved our friends, and they loved us, but they didn’t provide us encouragement, support, and accountability leading us in a good direction. Let me be clear, I’m not blaming my friends for what happened in our marriage. But, they didn’t provide the best environment for my marriage to succeed.

My affair started in the presence of my closest friends. They didn’t encourage me to pursue it, but they also didn’t discourage me. I flirted with the idea, and I needed help from a strong group of friends to do the right thing in the face of temptation. I was alone and unprotected, and It was only a matter of time before I became more wrapped up in the affair than I ever thought possible.

1 Corinthians 15:33 says, “Bad company corrupts good character”.  We will end up being a product of the company we keep. Think of the 5 people you spend the most time with. What do they love? Who or what occupies their time? What do they value? What don’t they value? What do they struggle with? What is their relationship with their spouse? What is their relationship with God? You have a good chance of being the sum of the answers to these questions because that’s the power of community.

After God resurrected our marriage, Hans and I had to make some painful decisions regarding who we hung out with. It was hard for us, and it was hard for our friends to accept. But, I don’t regret it. The best of intentions in life can be corrupted by friends who don’t have the same intentions as you.

Marriage is hard. Doing these things is hard, and can I say, impossible, separate from Christ’s motivation and strength. I’m not trying to be overly spiritual, but rather profoundly practical.

Here’s the sobering truth. You don’t have what it takes to affair proof your marriage or even have a half way decent marriage. You need strength and power you weren’t created with. The strength you need is the same power that raised Jesus Christ from the dead: the ALL-powerful Spirit of God.

Hans and I are coming up on celebrating 28 years of marriage. Although we don’t have a perfect marriage, we have a great marriage that is constantly growing. A large part of the health of our marriage today has been a result of focusing on these 7 C’s.

Wherever your marriage is today, I pray it will grow even stronger as you care for your own marriage, control your environment and social media, commit to each other daily, confess to each other regularly, cleave to the right community, and most importantly, as you cling to Christ.